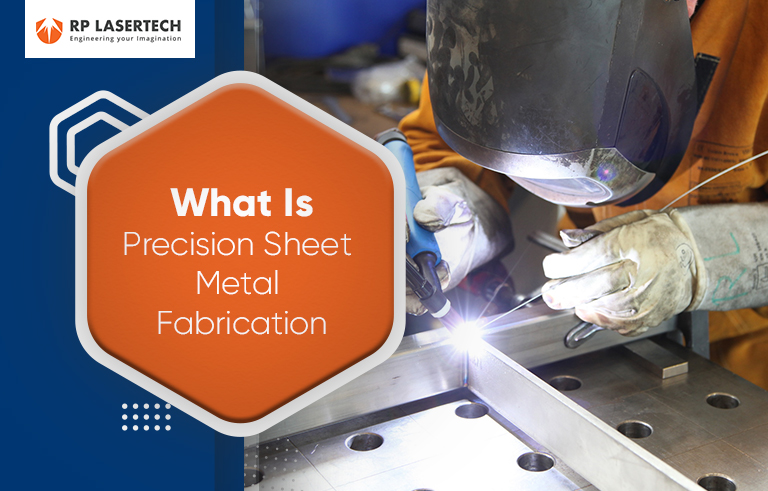 A significant part of sheet metal fabrication is associated with the technology industry, an ever-expanding vortex. Any good metal fabrication company, such as RP Lasertech, will stay on top of the latest trends in the industry.

To ensure that they remain the best in their field, the best companies will be willing to invest continuous resources in new technology to remain innovative and the leaders in their industry. Ultimately, it is the quality of the product and finish of the product that is determined by the equipment.

Fabrication processes such as reshaping material are widely used to manufacture precision parts and products. This method involves reshaping or shaping the material to achieve the desired result without sacrificing the material. Due to their mechanical properties, several metals can deform plastically from one shape to another. Despite its structural integrity, plastic deformation does not affect the sheet metal’s volume or geometric shape. As well as bending, drawing, stamping, rolling, and stretching, other forming processes include stamping, rolling, and stretching. 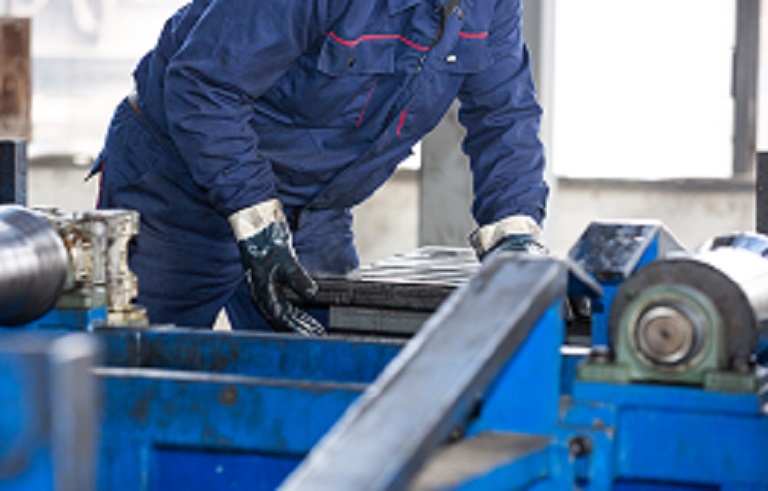 The fabrication of sheet metal is used in a variety of industries. From intricate electronic enclosures and chassis to high-performance sealed metal shipping containers, raw metal material is transformed into specialized, large, and small products for various applications.

Various consumer and commercial products can be produced using precision sheet metal fabrication, which employs numerous applications and techniques. By using this method, metal parts and components are made with a high level of accuracy, complexity, and detail. Assembling a finished product requires various methods of selectively removing or reshaping workpieces.

To help them perfect their fabrication production, sheet metal vendors near me have a wide range of tools at their disposal.

Technology to be used

By utilizing automated controls, a reputable sheet metal fabrication company can handle the entire fabrication process in one pass, resulting in an 80% reduction in production time. Only one technician is required to operate the controls, which minimizes material handling. These cost-saving benefits can achieve an impressive return on investment. 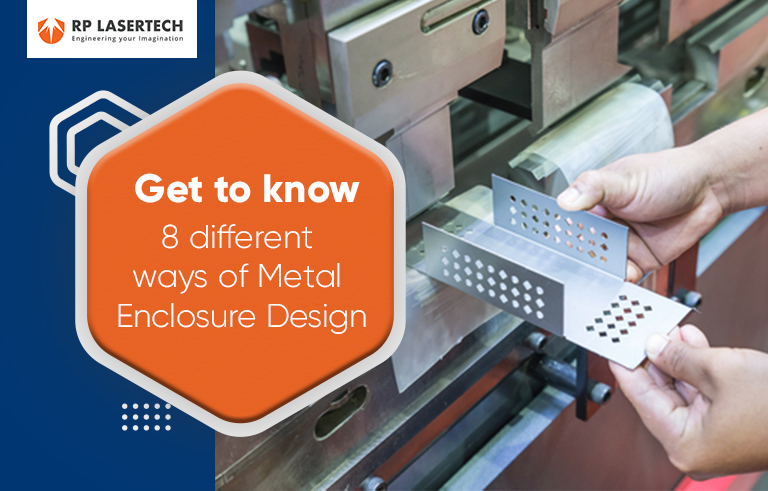 Manufacturing sheet metal enclosures has several advantages. Electricity conductivity, emission reductions, and resistance to harsh industrial environments are all improved by using them. Moreover, they reduce manufacturing costs and turnaround times. Therefore, they must be designed properly. Making informed choices will be easier with these sheet metal enclosure design tips.
The best thing you can do is to entrust your life to the hands of an experienced sheet metal company near me. The sheet metal processing services provided by RP Lasertech provide several benefits. The stainless steel fabricators at our company have extensive experience designing sheet metal enclosures. A streamlined and automated production process is also available to you.

Using a laser to cut, score, engrave, or otherwise modify physical materials is known as laser cutting. CNC Laser cutting services have been a part of our lives for many years despite how futuristic they may sound. Its application was first restricted, like many innovations, but many businesses have enthusiastically embraced it.

Using sheet metal enclosures for electronics provides several benefits, including improved conductivity, emissions reductions, and protection against harsh environments. A sheet metal fabrication company that creates sheet metal enclosures aims to make them as perfect as possible so that they can gain all of these benefits for their projects. However, in reality, High-quality enclosures are difficult to design.

Any sheet metal company in Manesar strives to ensure a positive user experience and overall design success. Creating high-quality enclosures for electronic components can assist in accomplishing this. Designing sheet metal enclosures involves some guidelines. Following these guidelines will simplify your job and help you achieve quality results.

Check out the following sheet metal enclosure design tips to ensure your work is up to standard. Let’s get started! 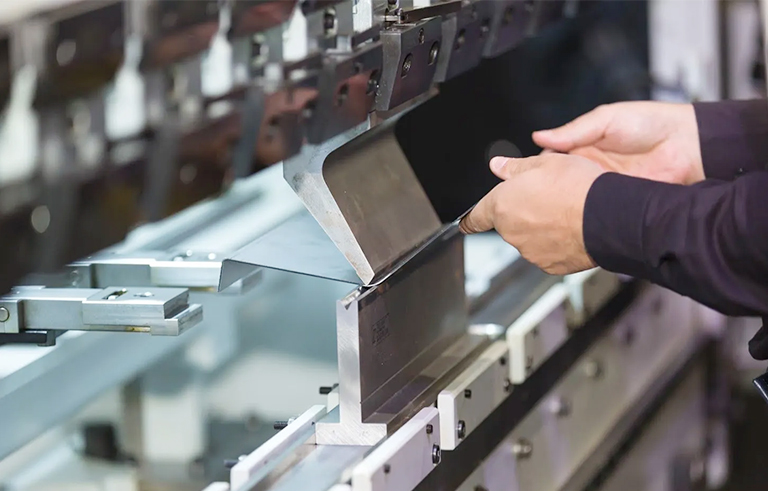 Identify the needs of your product 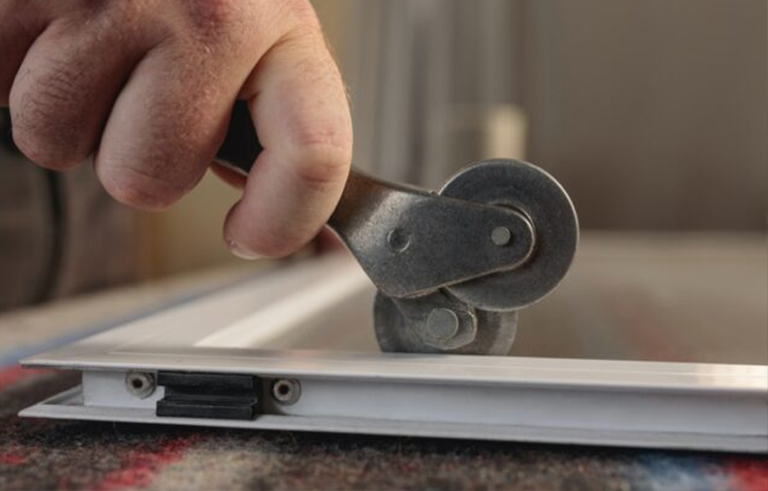 The design process should always consider the final product’s functional and aesthetic requirements. The right enclosure design will help you meet the needs of your product.

Before you start designing, consider these factors: 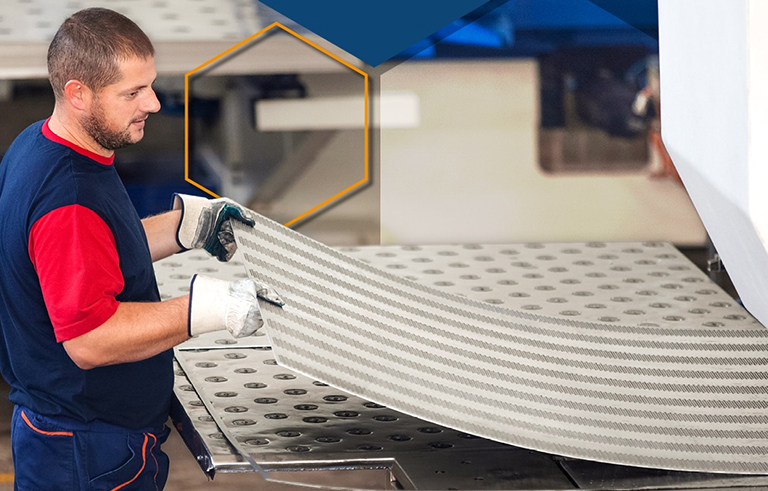 Aluminum, stainless steel, and galvanized steel are the most common forms of metals used in enclosure design. Choosing a material requires consideration of its benefits and drawbacks.

Due to its lightweight, high strength, and corrosion resistance, aluminium is a preferred material. Additionally, anodizing protects it from scratches and other damage.

Another popular choice by sheet metal fabrication companies for enclosures is stainless steel. This material has high corrosion resistance and is extremely durable. The non-magnetic properties of stainless steel make it a good material for electronics. 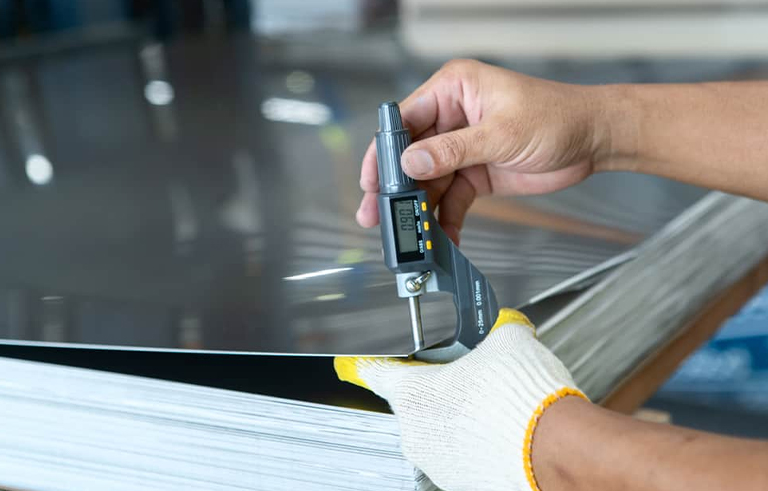 For enclosure design, metal thickness is crucial. Many factors influence the strength, weight, flange length, and punch size of your enclosure, such as its thickness. Smaller products are normally hard to make with thicker metals, as you may know. The material thickness must be increased to design large parts with extra strength.

According to the paper, a lot of thickness gauges are the same. However, it is helpful to know more about sheet metal gauges so you can choose the right one. Make sure your walls are uniformly thick when you design a sheet metal enclosure. Your component’s quality can be determined this way. 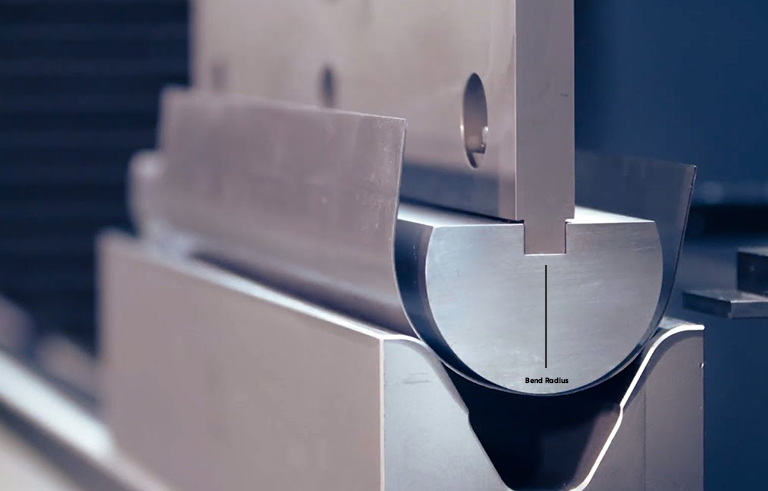 Maintaining a consistent bend radius is mandatory for precision sheet metal fabrication of the enclosure. Bend radii should always equal the content’s thickness when designing enclosures. Bend radiuses must be aligned with product widths. Therefore, fractures are prevented, and substances are circulated properly.

Generally, you should keep the length of your flange three to four times longer than the thickness of the material. Some metals are resistant to bending, which is important to remember. You can test the flexibility of your metal by understanding its chemical composition and surface condition.

Before choosing a bend radius, consider your enclosure’s functional and aesthetic requirements. Digitally calculating your metal’s bend allowance can be done via CAD software. 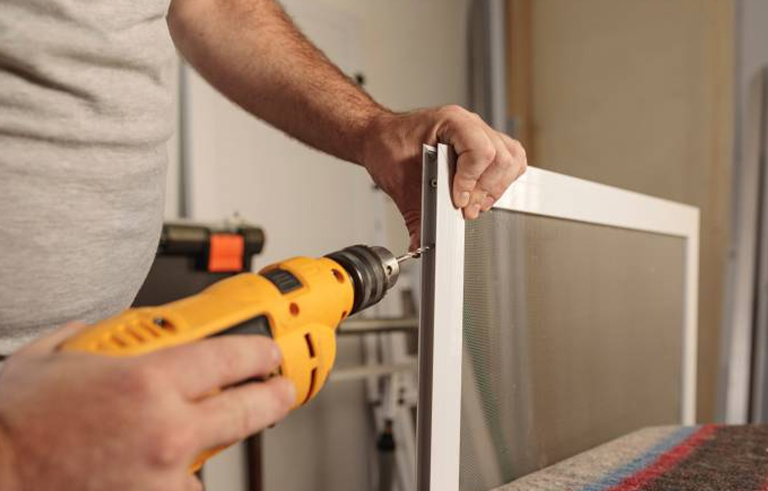 While designing your enclosure, you should also consider its shape in addition to its thickness. You must consider your product’s PCB and system design to pick the right shape.

Use the right finishing operations 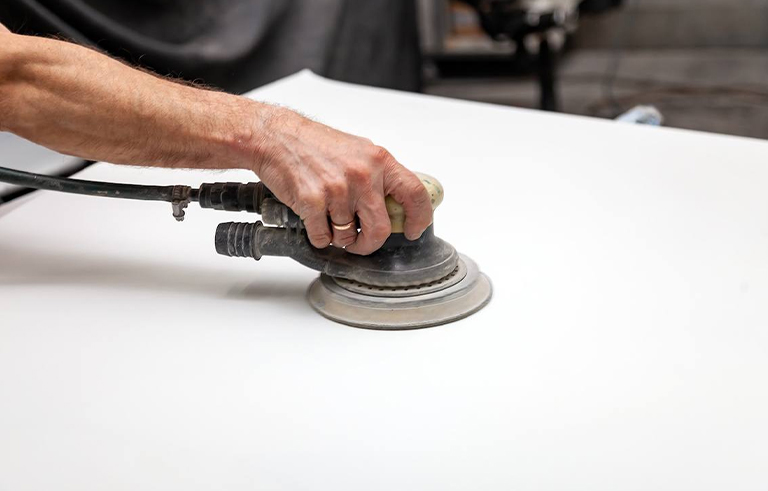 Surface finishing comes in many forms. Chemical conversion coating and anodizing powder coating are two options. The anodizing process increases aluminum’s corrosion resistance. The powder coating process is a kind of paint used on metal. Besides being durable, it is available in many colors. Coating metal with chemical conversion creates a thin film on its surface. The film improves the appearance of the metal while increasing corrosion resistance. 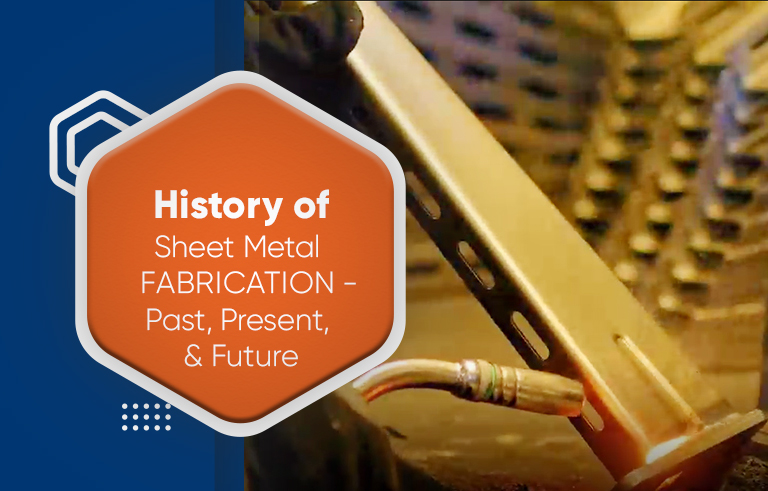 This is an extremely complex problem, and is easy to comprehend once more thought is put into it. The art of metalworking dates back thousands of years. Several witnesses assert that metals had been known and worked millennia before Christ. For example, consider the previous gold and silver jewels found in many museums dating back to the fourth and fifth millennium BC, considering that the development of metal processing depends on several competencies: chemical, physical, technological, etc.

This article explores the history of sheet metal fabrication and machining.

The History of Sheet Metal Fabrication 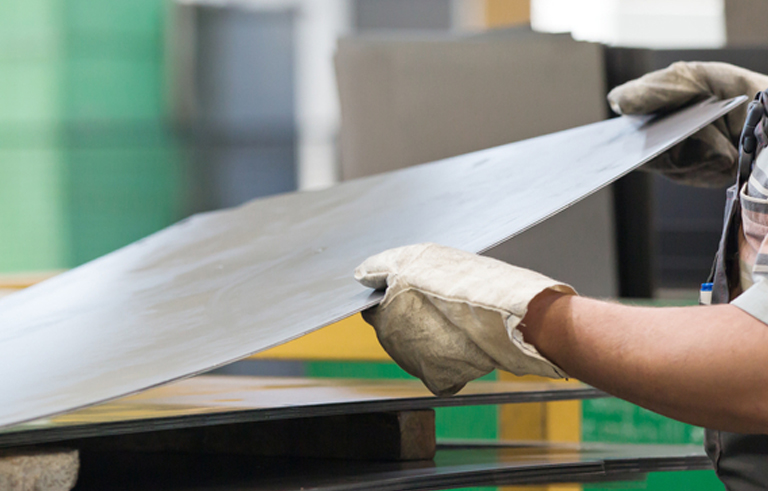 Towards the end of the 15th century, metalworkers no longer stacked coal and iron to liquefy steel in primordial furnaces. The period is also noteworthy because Leonardo da Vinci originally sketched his idea for a rolling mill.

Interestingly, the first rolling mills were not recorded for another 100 years, in 1590, allowing Da Vinci’s concept to come to life. One of them intended to create gold sheets that would be used to create coins. Another was designed for cutting formed sheets into strips.

During the beginning of the 17th century, this innovation was met with failure. A flawed technique known as puddling was commonly used in that period.

Cast iron was puddled by heating it in reverberation furnaces to liquefy it. Because of the use of sand as the bed for puddling, almost half of the iron was drained from the slag.

Puddling was such an inefficient method of producing steel that it took until the 1800s to refine it enough to produce mild steel. Despite pudding’s limitations, wrought iron was created through the technique used in both Eiffel Tower constructions and the Statue of Liberty!

With the advent of the industrial revolution and an increase in the demand for sheet metal fabrication, manufacturers developed new inventions like press brakes and assembly lines which allowed them to produce better quality parts.

The 19th century also saw the invention of steam and aluminum hammers, which led to the beginning of a new era in iron production. It was possible to mass-produce steel from cast iron by 1857 due to the inexpensive process.

Technology progressed at the same rate as the industry. The General Tramping Union of Tinplate Workers merged into different unions in 1861. The result was the founding of the General Union of Braziers and Sheet Metal Workers in Great Britain and Ireland 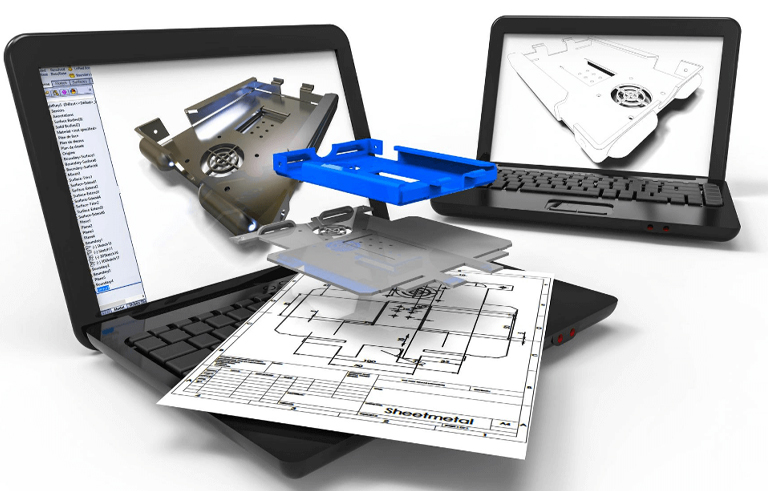 Over the past 600+ years, the sheet metal industry has developed and grown significantly, and our team at CSM will continue to extend this tradition of quality and innovation. The future sheet metal fabrication techniques and processes that will continue to progress and evolve will benefit customers. 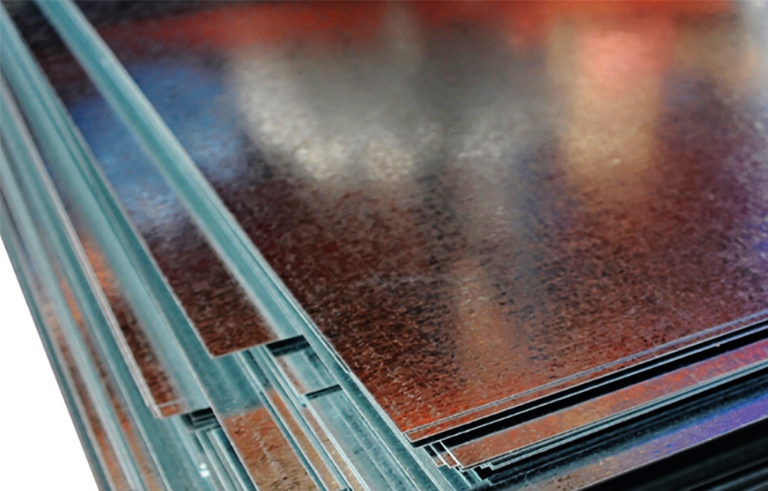 The cutting in metal fabrication is one of the most fundamental processes, which can be accomplished by laser cutting, water jet cutting, shearing, sawing, or flame cutting. In other words, the sheet metal is turned into a piece of the required size and shape with all the pre-measured details. The technologies most commonly used these days are the water jet and laser cutting machines.

Fabricators pour molten metal directly into a die to create a mold. The metal cooled down during the process, and once it turned solid, the part remained after the die was removed.

A fabricator can bend and shape raw metal using high-pressure equipment, allowing it to be shaped and carved into the desired shape.

A turret punches predesigned patterns into metal for decorative or functional purposes.

Using a tapered die, liquid metal is pushed into a tensile force in order to be drawn into the tapered die.

During the milling process, the metal is perforated, which due to the nature of the machine, is not always circular.

During drilling, circular bits are used to make holes in the metal.

A technician spins the piece of metal on a spinning platform, allowing a radial cut to be made with a tool as the platform spins.

The billet is forced through the die through a ram. This extrusion process produces cylindrical parts, such as pipes or electrical cables, forming the metal into thin sheets.

We at RP Lasertech offer an innovative sheet metal processing method with automated and highly streamlined production systems that will allow you to enjoy the benefits of quality metalwork.

Stay connected with our monthly/annual updates through our newsletter. Subscribe now!